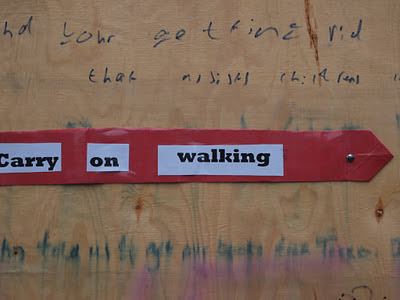 My letter questioning Navin Shah's position on the local library closures and associated campaign to save them was published in this week's Brent Times (5 Jan 2012, Letters, p. 14). The position to which my comments were directed appeared on Mr Shah's website on 22 Nov 2011, 'Libraries are community hubs'. Another public affirmation of Mr Shah's position has since appeared here (6 Jan 2012). However, support for the local library campaign surely includes the key goal of over-turning Brent's closure decision - and the latest step in the legal battle means taking this to the Supreme Court (see my previous posting, 19 Dec 2011). Does Mr Shah support the campaign's aim to have this decision overturned? Support only for a contingency library facility, say, without proper public funding, is controversial for reasons of principle, precedent and strategy.

A transcript of my published letter appears below:

Unfortunately, Navin Shah finds himself in the awkward political situation of trying to distance himself from the decisions of his own party and to defend them at the same time in one of the boroughs which forms half of his GLA constituency.

In November 2011, writing on his website about the six library closures across Brent, Mr Shah says, “I’m not a Brent Councillor so as such have no powers or vote on Brent Council. Brent has been placed in an impossible position by the stringent cuts worth £60million next year alone imposed by the Tory and LibDem Government.”

Firstly, the position was not “impossible”. Nor was it inevitable. It was a political decision made in the Council chamber, specifically by the Brent Executive on 11 April 2011. That night we heard from dozens of petitioners. We heard from young, we heard from old – invariably eloquent and impassioned - exercising their speaking rights against the proposals, for two hours solid. Yet the Executive could not even bring themselves to raise their hands when voting for the Library Decimation Smokescreen, which they have the gall to describe as a “Transformation Project”.

Secondly, if the safeguarding of our local libraries does not count as a “frontline service”, that Mr Shah claims to want to defend, then what does? Young and old alike are being deprived of access to essential educational resources – and those harmed include some of the most disadvantaged in our community, looking to improve their lifechances. Nor is the erection of a new Brent HQ in Wembley at a cost of £102.4million worth foregoing frontline services for.

No, compare Brent Council’s reckless disregard for the People of Brent, continued in the Courts, to the commitment shown by Southwark Council. Southwark also had exactly 12 libraries, but instead of decimating them to six, they have just opened a new facility in Canada Water to bring their complement up to 13. Shame on Brent Council!

I can understand the embarrassment of Mr Shah’s political situation. But make no mistake, the decimation of our libraries is happening on his patch, and I think we do deserve a proper condemnation of it from him; instead of misplaced loyalty to his party and trying to pass the buck only to the Coalition government.

Email ThisBlogThis!Share to TwitterShare to FacebookShare to Pinterest
Labels: Brent library closures, Brent Save our Six Libraries, Navin Shah AM