Posted by Martin Francis at 11:54 No comments: 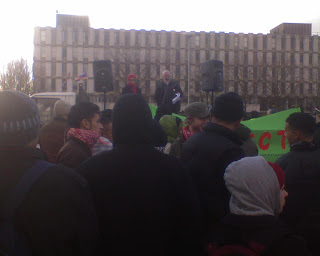 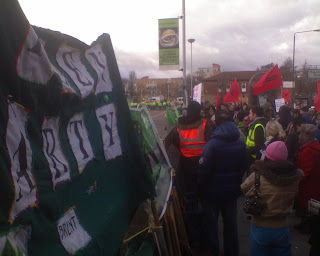 Brent Green Party joined the protest (foreground) against the far-right people (in the middle distance surrounded by police) who had come to Harrow to spread racist fears about the Muslim community.
Posted by Shahrar Ali at 19:38 No comments:

On 10 December, the Green Party celebrated a good result in the Queen's Park by-election, after beating the Lib Dems and coming close to beating the Conservatives, too. The by-election was triggered after Mushtaq Qureshi died last month. Labour held the seat.

Susanna Rustin, the Green candidate said; "I am delighted the Green message went down so well in Queen's Park, and proud to have come in just 59 votes behind the Tories. This is a brilliant neighbourhood and my campaign proved people here believe Westminster council should be doing much more to safeguard all our futures from environmental dangers. Rather than spending money on posters promoting its low council tax, the council should be investing in our community."