The Statement of Persons nominated for the Dollis Hill by-election will be posted to Brent's election site shortly. The candidates have been confirmed to Brent Greens as:

Pete Murry has lived in Dollis Hill and worked in Brent for over twenty years in the College of North West London, until he took early retirement for health reasons. He is now a pensioner, but he finds himself busier now than ever as he does a lot of work for the Green Party (currently as a London Rep on the Regional Council and Secretary of the Green Party Trade Union Group). Locally he works for the Brent Campaign Against Climate Change, where he has helped to organise and video a series of talks by writers on ecological issues.

Although not as physically active as he would like, he supports the Brent Fightback organisation against local cuts and is a committee member of the Coalition of resistance which hopes to co-ordinate anti-cuts campaigns across the country.

Pete Murry, Green Party candidate for Dollis Hill said today: "I totally agree with Green MP Caroline Lucas when she says that current Coalition government austerity policies are almost the exact opposite to what is needed which is a programme of investment and job creation focussed on building the infrastructure that the country needs to combat climate change."

Mr Murry continued: "Alongside their cuts to services and privatisation of education, Brent's wasteful spending proposals to replace a perfectly good town hall in Wembley and demolish a perfectly good existing cultural centre in Willesden, deny popular cultural and other facilities whilst making the council taxpayer pay for these wanton vanity projects."
Posted by Shahrar Ali at 08:49 No comments:


One of a  series of meetings where writers on environmental subjects read from their books and discuss their ideas with the audience. Organised in conjunction with Brent Library Service. On 20/2/2012 the  speaker was Derek Wall, author of No-Nonsense Guide to Green Politics and a forthcoming book on the history of the commons.The meeting was chaired by Martin Francis of Brent Green Party. 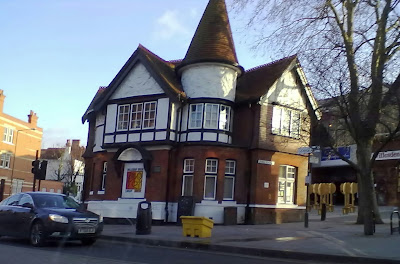 The Brent Executive meeting of 13 February 2012 was another dispiriting affair, especially for newcomers to the proceedings. The Willesden Green Library redevelopment proposal (preexisting old building fronting the newer buildling behind it, both earmarked for demolition, pictured) was again on the agenda following a successful motion to the Call-in and Overview Scrutiny committee to have it brought back (earlier posting).

Champions of all things educational, community-based and rationally accountable spoke out against the redevelopment proposal, not for the first time in the case of one speaker. Leader Ann John, chair of the meeting, promised the aggrieved champions at every opportunity that their questions would be answered once all their speeches had been heard.

Unfortunately, nothing could have been further from the truth. There is a kind of fallacy that Brent resorts to in such situations, which should be dubbed the Brent Executive Evaluative Fallacy (no BEEF) - answer a specific, highly targetted question, relating to facts on the ground, with an overgeneralised evaluative edict (also known as evasion, misdirection and ignoring). This fallacious strategy reached its low point when Cllr Crane, lead member for regeneration and major projects, addressed challenges about the lack of consultation over the project by answering, "There seems to be a misunderstanding about what is meant by consultation." The charge is that residents were trying to have it both ways, seeking a consultation when one wasn't really on offer and exepcting too much of a consultation when it was on offer (not today, but as a fait accompli time of their choosing). So it's Lose-Lose either way. The Exec weren't asking for your opinion in the first place, and when they do want it, they'll tell you what you really think but don't realise yet (stupid).

To the contrary, Cllr Crane and Executive members, the public gallery knew they weren't being listened to but ignored instead, no matter how much protestations to the contrary. I really felt for the champions who were experiencing their first taste of this regime. Their incredulity was matched only by my prediction that this would happen. The stronger the arguments against the proposal the greater the Exec's denial. It is no wonder that heckling ensued.

I asked champion Ishani Salpadoru for a copy of her speech for this blog, which I reproduce here. This gives a good flavour also of the brilliance of all the speeches that night:

Ishani Salpadoru (13/02/12): "One of the key weaknesses in the consultation process thus far has been the absence of, to quote the Council’s own webpages, ‘information materials written clearly and simply’ on the substance of the redevelopment project. ‘The Vision in Detail’ document produced by the Council offers nothing but platitudes and fluffy, uncontroversial aspirations. I think, for instance, we can all agree that a public building requires, again, I quote, ‘a clear and fully accessible entrance’. But that is plainly not what’s at stake in this redevelopment. Instead, the public needs a much more detailed and substantive account of the plans and how they were arrived at.

"Looking at the plans, it seems like the new cultural centre will cover less space than that the current complex. The plans state that the new complex will consist of 4,000 square metres. What does the current space measure? The Brent Museum has to be allocated the same space it currently occupies. How much of the space will be allocated to Council offices? Is the new Children’s Library being housed within the General ‘improved’ library or is it separate? How will the size of the space allocated to the new library compare with that of the current library? And once these areas are added up, how much space is actually left over for ‘flexible spaces in a range of sizes’? Will these be able to accommodate public meeting spaces as they do now, so important for local democracy? And what criteria have been used for the allocation of indoor space other than the Libaray and Museum?

"All these questions raise my fundamental concern about the process thus far: the fate of our Community amenity has been decided by the opinions of Brent’s three chosen property developers. The publicly-elected authority of the Council is being trumped by the private commercial interests of the developers who, logically enough, are presenting plans that will maximise their profits, not the requirements of the local community. In sum, there is a woeful dearth of facts and figures publicly available on a whole range of critical issues relating to this re-devlopment project:

"There is no evidence of feasibility studies with impartial input from a Quantity Surveyor and property valuation.

"We are simply expected to accept that, for financial reasons, agreed behind closed doors, there are no alternatives short of the wholesale demolition of the new and old libaries in order to rehabilitate our flawed but highly-valued Library centre.

"I, together with over a thousand other local residents who have thus far signed relevant epetitions, do not believe this to be the case. I expect a democratic Council to extend and publicise more effectively the consulation process, and fill in the huge gaps in the detail of these proposals before it steamrolls ahead with redevelopment agreement without backing of local residents."

My colleague, Martin Francis, also at the meeting has posted 'Public frustration at lack of answers at Brent Executive' and 'A Guide to Brent Speak'.
Posted by Shahrar Ali at 19:21 No comments:

If I wasn't sure whether there was a bye-election on in Dollis Hill, I know now , since I have already had two Brent  Lib-dem flyers stuffed through my letter box. The first of these gave an obituary for Alex Castle who was, until recently,  Lib-dem councillor for Dollis Hill. I was amazed to see that this managed to omit all mention of the fact that ,when he was a lecturer at Willesden Tech, (now the College of North West London),  Alex Castle was an activist on the committee of the lecturers' union NATHE (now part of UCU, the University and College lecturers' union).

I was a lecturer in another local College, Kilburn, that also became part of the College of North West London, but my time in the college did not overlap much with Alex Castle's, so I don't know exactly what posts he held on the NATFHE committee, but I do know that he was an active and committed Trades Unionist in an active and committed Trades Union Branch.

I am surprised that the LD's seem not to know, or perhaps not to want to know about this, but when your party is part of coalition that is mounting a concerted and swingeing attack on the Welfare State and workers' rights, I can quite understand that Trades Unionism might be something that you wish just wasn't there.
Posted by DON'T dis US at 20:05 No comments: 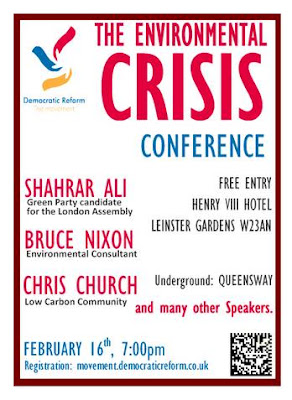 Mondays Guardian reported that as campaigners against Brent Library closures lost their case for a legal appeal "Brent council leader Ann John said the decision "fully vindicates Brent council's actions and upholds the earlier decisions of both the court of appeal and the high court that the council acted lawfully".

She's wrong Brent council is not vindicated in the sense of being proved right, the court found they correct procedure for closing libraries,but they should still be ashamed of doing so.
Posted by DON'T dis US at 11:38 No comments: 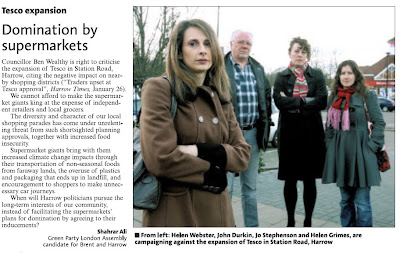