URGENT: One week to save Cricklewood's only green space 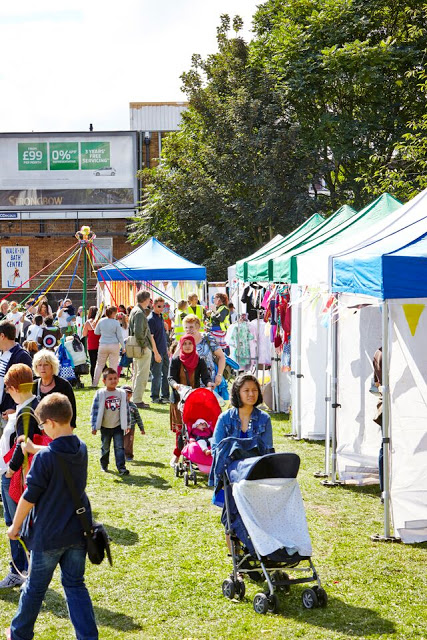 This is what Barnet Council says to justify the selling off of Cricklewood's last green space:

The subject plot fronting B&Q, on Cricklewood Lane is currently an open space primarily used as a disabled access ramp to the B&Q store. It is regularly fly-tipped and attracts rough sleepers among other social issues such as alcohol and substance misuse. The proximity to local businesses means on-going disturbance to businesses, environmental degradation, and Health & Safety concerns resulting from substance/alcohol misuse and excessive littering. Retention of the site in its existing condition would not only allow these problems to continue, but also drain the Council’s resources in terms of on-going management costs.

Campaigners and residents from Barnet and Council came together in November 2013  to protest at the possible disposal of the green space outside B&Q in Cricklewood and are organising again as a planning application to build on it goes before Barnet Council on September 7th.
The Coalition for a Sustainable Brent Cross Development sent this message over the weekend:

Barnet  Councilare meeting on September 7th to discuss the sale of Cricklewood’s only green space, outside B&Q. It was given as public open space in 1987 when the retail park was built. Crown Estates sold it to Barnet in 2004 with a stipulation it would not be built on.  Barnet have managed to remove this requirement, and are selling public land with no public consultation. 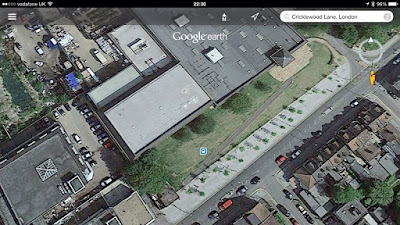 All the known Cricklewood Green Space material is now on the BX Coalition website  LINK - scroll down for the last few postings there:

From the Coalition for a Sustainable Brent Cross Development
Our co-ordinator  Alison is on holiday, please contact fiona.colgan@yahoo.co.uk
Posted by Martin Francis at 11:20 No comments:

Two weeks ago we picketed Genesis HA Camden; next we picket Genesis HA Willesden offices on Wednesday 2 September, 4pm-5pm, as agreed at KUWG business meeting held on Thursday 27 August.
(If it ain't 'social' it must be ANTI-social)...SIMPLES!
The protest will be at :

192-196 High Road
Willesden
London
NW10 2PB
Location map
Wednesday 2nd September 4pm-5pm.
The first protest was at their Camden Head office, so we feel a bit of outreach to Brent workers and citizens would show we like to inform all concerned and let the small fry know what the big fry are up to.
Me, Pam, Alan3, Elizabeth2, Ivy and Giselle going with Michael and Ellen as maybes. (All others welcome, even if only to see Ivy's "GULP AND SHIT" poster!)
Below is a link to a letter in this week's Camden New Journal by Comrade Peter Rutherford who is a persistent thorn in Genesis' backside
http://www.camdennewjournal.com/letters/2015/aug/housing-association-chiefs-should-resign
Would be good to have union representation at the protest, as sure the workers signed up to be in social roles not real estate agents for the rich! STOP SOCIAL CLEANSING BY WASHING HADDEN'S CRAPPY IDEAS AWAY!!
Posted by DON'T dis US at 10:18 No comments:

BAR Gallery to close at the end of September

Since leaving the Willesden Green Library Centre in July 2012, Brent Artists Resource has been located in Electric House and more recently Queens Parade, both pop-up spaces under the auspices of Meanwhile Space. This has helped us to provide an adventurous and continuous gallery service for our wide-ranging artistic community.

Until recently we had been hoping to find a way to re-establish ourselves at the new Gallery space at the new Willesden Green Library Centre. Unfortunately this has not been possible.

Under Laurie Cesek’s enthusiastic curatorial work at the present space on Queen’s Parade we have maintained a lively exhibition programme and with a little help from Brent Council we have provided hireable space for many creative groups and individuals as a stop- gap until the Library reopened. The agreement with the Council ended over a year ago and since then we have been funding the space ourselves, with the hope that we could find a new space that we could afford while retaining Laurie’s services as a Gallery Director.

Unfortunately over time this has become unsustainable and rather than fall into debt, the BAR Board has decided that we will serve our member best if we close our doors at Queens Parade at the end of September.

We are looking for an alternative space and are planning to carry on supporting art practice, providing our members with 3 exhibitions a year. The first exhibition will be at the Willesden Green Library space in November. We also will be doing a Bus Stop Event on Queens Park Day on 13 September.

We want to make the most of our final few weeks at our gallery on Queens Parade. We hope you will celebrate with us all the great work we have achieved over the last 2 years, by joining us at our final exhibition preview and Closing Party

"The Bride of Chalkhill" (after Julio González)

"The Bride of Chalkhill" (after Julio González) 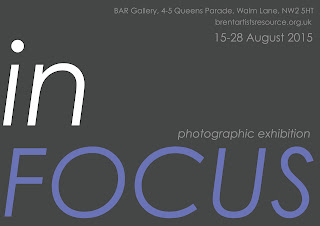 We are excited to announce the first photography only exhibition to be held at our gallery on Queens parade! Taking place throughout August, the exhibition is open to a broad range of photographic styles, providing a platform for local and national artists to exhibit.

BAR gallery warmly invites you to join us at our private view for the exhibition on Friday 14th August where there will be drink and nibbles available while you are surrounded by art.

Fed up with what amounts to censorship on TTIP in the UK media, when some proponents hope that TTIP will be signed before the end of the year?

Do you feel that Unions in the  could be doing more to raise awareness of the dangers of TTIP among their members?

* if you are in a trade union, ask your union to be more pro-active about raising awareness of TTIP

* send information to trades councils in your local area?

* encouraging other GP members to use social media to spread awareness on TTIP.

Do you have any other ideas as to how to use social media effectively to stop TTIP?

Let’s defeat the silence in the  media on TTIP!

Here is a list of links to various documents on TTIP.

Please spread these around, so that as many people as possible can send these far and wide!

Written by Thomas Fritz of .

There is another study  which has more information  specifically on British local government and TTIP by  Marc Scrivener from Global Justice Network.

TTIP and the NHS:

More infos on www.foe.co.uk/ttip and

The Green Party Trade Union group is opposed to government proposals to restrict the legal rights of Trade Union. GPTU Co chair Noel Lynch said, "I am horrified at this governments plans to further curtail trade union rights which are already the most restricted in Europe. Trade unions are the largest democratic movement in our country, of which I am proud to count myself among more than six million. With wages miserably failing to keep pace with prices, we need a growing and active trade union movement to be collectively bargaining against otherwise unchecked corporate greed on members behalf."

"The mayor wants to completely rewrite tube workers contracts for a 24 hour tube without thinking about the effects on the staff members family, well being and passenger safety. Rightly the unions are withdrawing their labour until tfl put forward reasonable proposals, that is a fundamental  democratic right. Likewise why should bus drivers doing the same job for different companies be paid less in some than others, especially when tfl regulates these bus companies.

The Green Party believes that collective bargaining through trade unions is a very basic democratic right, as is the ability to withdraw your labour. The most productive economies are those who recognise the importance of trade unions and see them as a force for good, such as in Germany where trade union reps sit on boards. Instead we have this ideological hatred of them by a right-wing Tory government. I will fight tooth and nail against these undemocratic, anti-worker attacks on the trade union movement."