After Copenhagen...How do we fight climate change? 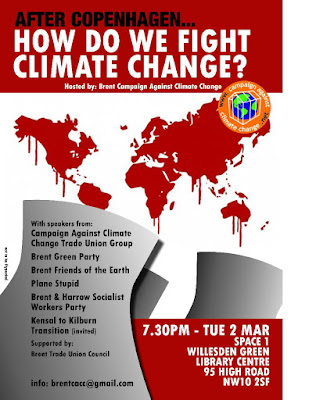 Posted by Martin Francis at 16:21 No comments:

I am a great believer in books and films changing the world. Naive of me perhaps, but it stems from a belief in humans. A belief that we all are good people and want to do the right thing, and if we had the right information we would act accordingly. Even though it is easy to be cynical and point to countless examples that show this not to be the case, I still believe it - otherwise, I would give up and start flying to hot places for my holidays! There are more examples of people who do stand up to be counted, as you can see from these pages. People who are prepared to go to prison for their beliefs (thank you daniel) as well as the more mundane, putting in time and effort to bring about a better society. Anyway - what I want to write about is a film, Food Inc, due out Monday 15 February, which is about the food chain and the effects of an industrial food system in the hands of a few. Lightweight for a full-on established greenie, but its always good to have the detail filled in, to have a clear focus brought to what is happening. As well as a recap and reminder to greenies, let's hope that it gets seen by those who are on the cusp of awareness and inspires them to take up the challenge to change the way our world is run. I have some great books (Michael Pollan - the Omivores dilemma, Raj Patel - Stuffed and starved among others) which tell a similar tale - what happens to our food before we eat it and who profits from it. They are scary, but also inspiring (in a negative way - when you see how bad it is you have to do something). So I am going to dust them off and get reading - knowledge is power - and we need to spread the word about what is going on to our food chain. What has happened to our food chain is a perfect analogy to what has happened to most other things, and is causing the widescale destruction of our environment. The good news is, if we can tackle the food chain, we can sort out the world. We all have the power to chose where we shop and we all know the brands and outlets to avoid. So, lets get started. Read a book and go to the movies and eat good food.
Posted by emily hamilton at 21:19 No comments:

Posted by Martin Francis at 22:09 No comments: 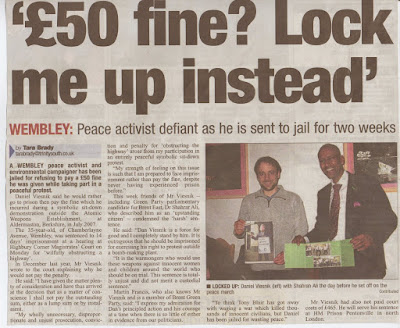 Posted by Martin Francis at 14:46 No comments: 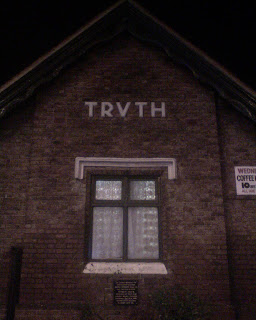 Brent Greens have made a formal objection to the Planning Application for a new civic centre for Brent on grounds of inadequate consultation (application still on-line at time of this post).

We have been campaigning for local democratic input on this issue for 18 months. Here is a timeline:

Jan 2009: Kingsbury ACF. Residents ask for minutes to accurately reflect the honest admission of November 2008. Council circulates a paper at the meeting stating when they say consultation has occurred.

Apr 2009: Kingsbury ACF minutes still not accurate. Meeting unanimously agrees to wording to correct the omission of Nov 2008, assisted by the chair. Wording transcribed with all present and notes checked after meeting.

July 2009: Kingsbury ACF minutes contain false record of what was explicitly agreed at previous meeting - 8 words deleted and 28 substituted. Chair says that she cannot resolve the issue at the meeting because a resident is pursuing a formal complaint with the Council. However, Council said following day they had not received a formal complaint.

Aug 2009: Resident receives transcript from Council of minute taker's notes of Nov 2008 confirming what was already known about the omission in the published minutes.

Aug-Sept 2009: Extensive coverage of claims of falsification of minutes in local press. Example. Brent Greens organise residents' petition against the threat to Town Hall and the lack of consultation over civic centre proposal.

Oct 2009: Kingsbury ACF Chair refuses to address the question of accuracy of minutes claiming that a complaint was still being dealt with. However, this was neither relevant nor true.

Nov 2009: Brent Green and local resident meet with Council officials to discuss why they are not able to comply with the latest FOI request. Council says they no longer have the note in question. Council official says that this is not a conspiracy. Brent Green replies that let the facts speak for themselves.

Page 15 "property costs" section: "Based on the assumptions made, a fair representation of future costs of retaining a dispersed portfolio is £127m in net present cost terms. By comparison a new civic centre shows a net present cost of £142m-£145m, an increase over 25 years of £16m-£18m. In other words, ignoring any benefits, a civic centre is likely to cost more than a dispersed portfolio [the status quo]."

Page 19: "The graph shows that over time the procurement of a new civic centre would cost the Council substantially more than the baseline situation. In fact, it would not become cheaper on an annual cost basis until around 2025/2026."
Posted by Shahrar Ali at 08:00 No comments:

I was in the public gallery of Court 4 at Highbury Corner magistrates courts this afternoon (1/2/2010) with about twenty other supporters of Dan Viesnik. Dan is a peace activist and active supporter of Brent Green Party.
The facts of the case are much as reported already on http://greenleftblog.blogspot.com/ and http://wembleymatters.blogspot.com/. Dan had refused to pay a total of £515 in fines and costs imposed after his arrest for a sit down protest in the entrance to Aldermaston Atomic Weapons Establishment.

As his letter to the court (quoted on http://greenleftblog.blogspot.com/), shows Dan has decided to continue his protest against the grotesque distortions of justice caused by the British Government’s committment to Weapons of Mass Destruction. Dan continued his argument in the statement that he read out to the court which protested against the resources spent on nukes in a world where chronic poverty continued. Dan ended his statement with a quote from Thoreau affirming that an individual acting according to his/her own conscience should be a better guide to conduct than the letter of law. In this instance I agree with Dan and Thoreau.

Advised by the Clerk of the Court, the Bench decided that Dan’s explicit refusal to pay his fine or even acknowledge that he had committed a crime by giving details of his means, meant that they had no option but to imprison Dan. The fact that they gave him 14 days rather than 28 which they could have done, may indicate sympathy or may indicate a wish to minimize the prison population, but in any event, I am sure that Dan has the best wishes and support of many Green Party members and others. I hope that we will be able to find a way to let him know this.
Posted by DON'T dis US at 19:45 No comments: