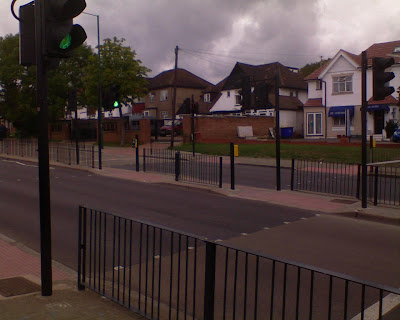 Is this Pelcian crossing dangerous? I recently questioned a Brent transport official about this badly designed bank of crossings at the start of Forty Lane near the junction with Blackbird Hill, close to bus stops on either side. See also the Google maps image of the same spot. 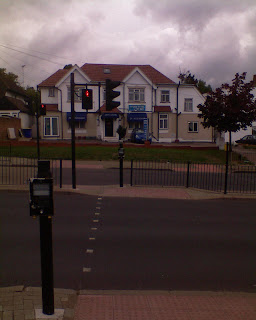 So far so good ... pedestrian faced with push button unit to activate signals facing pedestrian and, at right angles, the motorist. 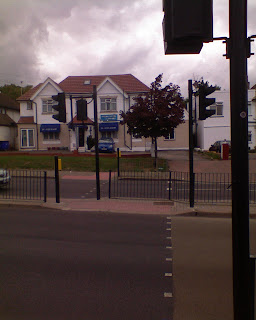 But five metres down from the first drop kerb (immediately to the right of the first picture) is yet another drop kerb crossing, without a push button unit on the near side. Yet this crossing carries two of three lights warning drivers to stop when prompted by the pedestrian five metres up.

This set up is mirrored from the opposite side, so that pedestrians from either side are faced with only one push button unit for two potential crossings on to a central island. The increased danger comes from the fact that the stop lines for traffic (on either side) are at the crossings not directly adjacent to the ones carrying the units (unless you are at the island).

I have observed both pedestrians and motorists confused by this layout. Unfortunately, there has been a road death here, which is still marked.
Posted by Shahrar Ali at 11:25 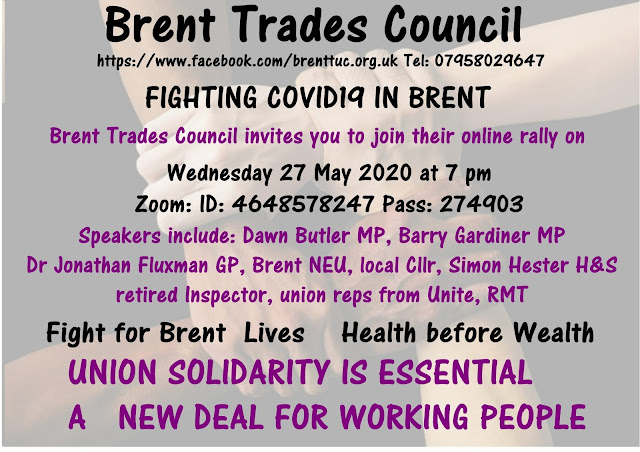